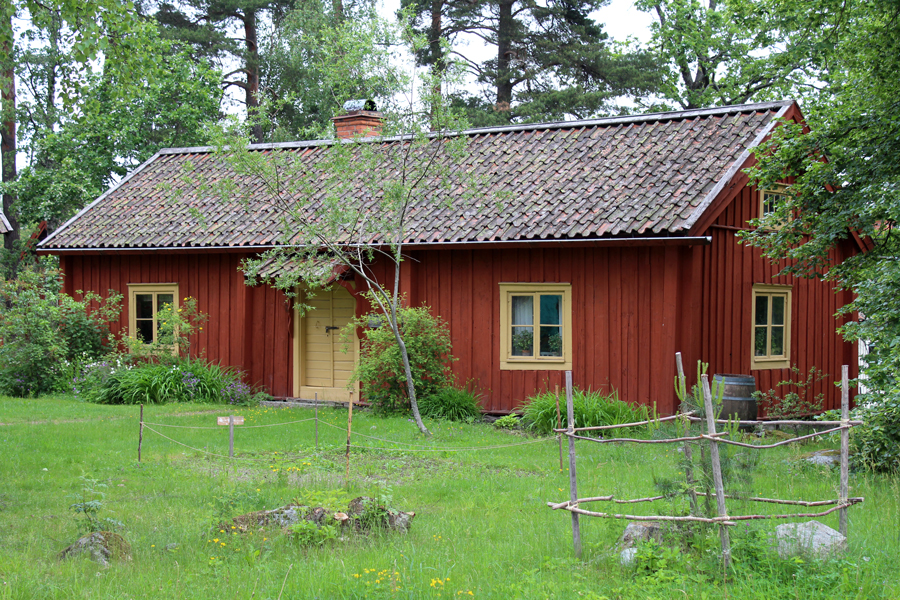 The vicarage comes from Ytter-Åby in Lillhärad Parish. It was the home of the parish vicar and his family.

Vicars usually lived on farms with animals, cropland and pasture land. Earnings from the farm were considered part of the vicar’s salary.

Vicars were often skilled cultivators in fields and gardens. They were educated in botany and medicine. Vicars shared their cultivation skills with local farmers.

The Work of a Vicar

The vicar also spread the word about new governmental regulations and laws. The vicar was also a conveyer of news. From the pulpit, he read messages from the king and other public officials. He could talk knowledgably about events in Sweden and in the world at-large.

The Parish Meeting met twice a year. It discussed and decided church-related matters as well as issues surrounding care of the poor and the sick and education.

The Museum has two church stables. The stables was situated near the church. Horses could rest here while people attended church.

The single-stall building was built in the 1760s for the owner of the Skultuna forge. The other building, from Norrby in Sala Parish, has several stalls and could be used by the public.