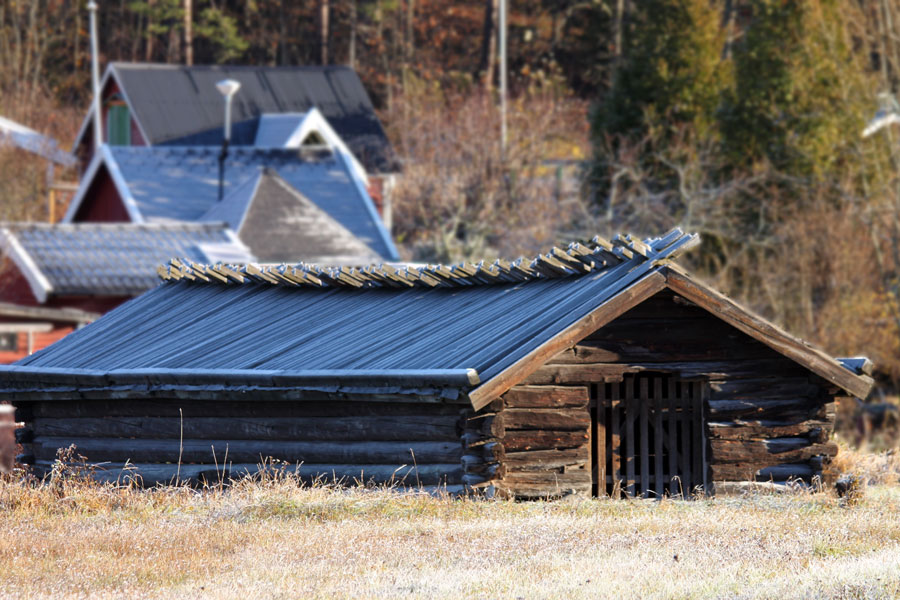 This boathouse comes from the village of Djupnäs in Västervåla Parish where it was used on Lake Åmänningen. The boat was constructed in 1858 in a boatyard on Soller Island in Lake Siljan in the province of Dalarna.

The boat is eleven metres long and two metres wide. It was rowed with twelve oars but it could also be sailed.

The boat was community owned and anyone in the village could use it. It could be used for trips across the lake to church and for the transport of goods such as grain.

The boathouse was built in 1846 by Olof Olsson to house an older church boat, which was replaced by this one. The building was extended because the new boat was too long. The walls are made of round logs and the gables of squared timber.