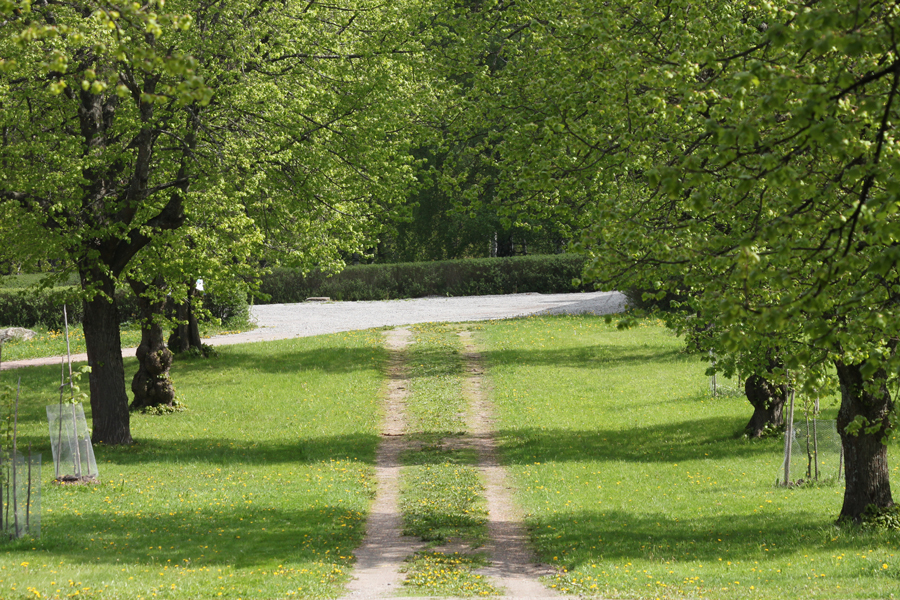 An allée of Hesselbyholm lime (linden) trees leads to the Manor House.

The trees were and donated by Axel Ridderstolpe from Fiholm Manor in the province of Västmanland and planted at the Museum on 11 May 1926.

The allée was an important part of aristocratic estates in the 1600s. Allées signalled the entrance to the estate’s manor house. They created perspective and provided sight lines out over the surrounding area. In the 1700s, allées began to be planted along main roads into cities.

Hesselbyholm lime trees originated from lindenwood baskets in which East Indian porcelain was shipped from Holland to Hesselbyholm Manor in the province of Södermanland in the 1700s. After the baskets were unpacked, they were thrown in a rubbish heap where the plants took root. They were dug up for the plant nursery at Hesselbyholm.

Axel Ridderstolpe’s father at Fiholm got plants from the nursery and let them spread. Eighteen Hesselbyholm lime trees from Fiholm were planted here in 1926.

Hesselbyholm lime trees are small but characterised by large gnarls with protruding shoots. They also produce shoots from the roots. They can be found today only at the Museum and at Fiholm Manor.